The Oldest Continuously Serving Community Choir in The Country!

Sixty-eight years ago, when gospel music was not being sung on college campuses, when gospel music was not allowed in many “silk-stocking” “Senior” choirs, the “Chancel” choirs or the “Sanctuary” choirs of large metropolitan African American churches, but was always relegated to the willing (and normally untrained) voices of the “Gospel Chorus”. . .

Sixty-eight years ago when almost no trained musician would touch gospel music with a ten foot pole, when no college or university’s music department – black or white – carried any teaching of Gospel music in its curriculum, or allowed any students of “Serious” music to play, perform or sing any of the music of African Americans except that genre already approved by the Europeans (meaning “concertized” or anthemically arranged Negro Spirituals). . .

Sixty-eight years ago when it was not popular for an educated musician to champion the cause of Gospel Music, Dr. Robert E. Wooten, Sr., then a student at the Chicago Conservatory of Music, was given a vision by God; and he has been faithful to that vision for Sixty-seven years.  God planted within Dr. Wooten’s heart the notion of a church choir that would sing Gospel Music (with four part harmony), Spirituals, anthems, hymns, Common Meter “Dr. Watts” songs and praise songs; and with that vision the Wooten Choral Ensemble was born.

Dr. Wooten’s former pastor, the late Rev. Richard C. Keller, allowed that vision to take shape and provided the Wooten Choral Ensemble a church home at the Beth Eden Baptist Church of Chicago.  By God’s grace and with Pastor Keller’s support, the new choir began singing at the 11:00 o’clock worship service at Beth Eden on the third Sunday in July of 1949, and there has not been one month since where their voices have not been heard, praising God “in the Sanctuary”.

The “Ensemble” (as it came to be known across the years) was not just a community choir or a group of performers who sang well but had no conviction between the songs they sang and lives they led.  The Ensemble was to be a church choir which sang in a Sunday Morning Service of a local church at least once a month for the next Sixty-eight years.

The Ensemble was to be a ministry (which it has been!) focused in and on the Christ about whom it sang.  The Ensemble was to be Biblically based and Spirit filled.  Its mission was to sing not only in a Sunday morning worship service; but also to carry the good news of the Gospel (in song) into hospitals and prisons, nursing homes and Senior Citizens homes, college campuses and University Chapels: and that it has faithfully done for the past Sixty-seven years.

Across the years, many voices have joined in with the “original” members of the Ensemble.  In fact, the choir has seen three generations of families join in and sing unto the Lord a new song.  Several times there have been two generations (of parents and children) singing at the same time in this nationally known choir.

None of the voices that God has sent, however, has made Dr. and Mrs. Wooten’s heart as glad as the voices and gifts of two of their own children, Robert Jr., Carol.  They literally grew up in the choir and now serve as director and assistant director of the choir, composing, accompanying, conducting and arranging for the concerts and the various services in which they are heard.

Many gospel groups have come on the scene in the past Sixty-seven years; and almost equally as many have passed off the scene.  The Wooten Choral Ensemble, however, remains a fixture in the city of Chicago and throughout the nation.  They remain steadfast and unmovable; always abounding in the work of the Lord.  Forasmuch as they know that their work in the Lord has not, is not, and will not be in vain!

They have sung on the East Coast and the West Coast, the Motor City and the City of Brotherly Love.  They have sung in Los Angeles, California and in Charleston, West Virginia.  They have sung at Martin King’s church and they have sung at Orchestra Hall in Chicago.  They continue to unite their voices in providing a moving ministry of music to bolster the worship services on 1st and 3rd Sundays at the Beth Eden Baptist Church, under the pastorate of the Reverend Craig Martin Jenkins.  But wherever they sing with their diversity in repertoire and their ecumenical make-up, you can rest assured that they will always sing to the glory of God. 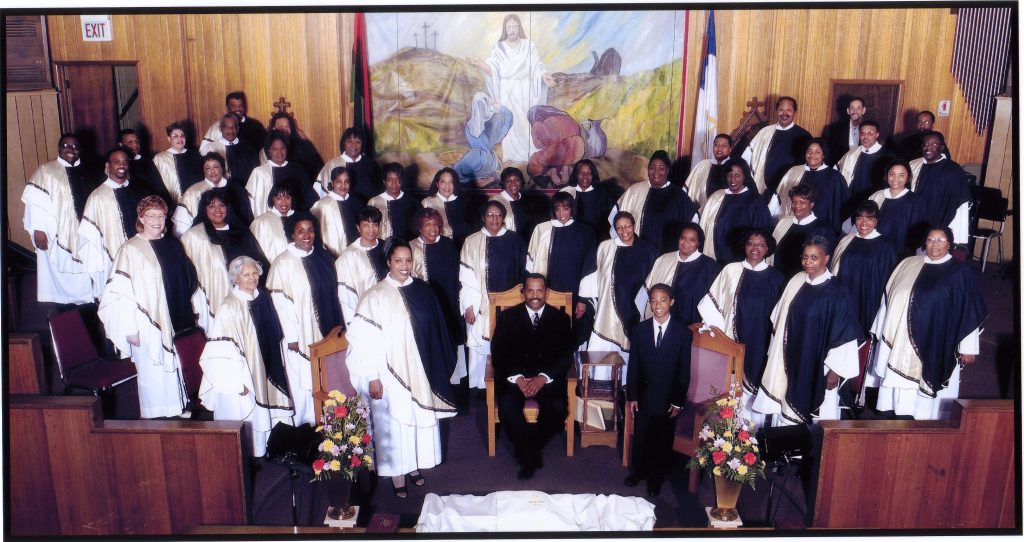